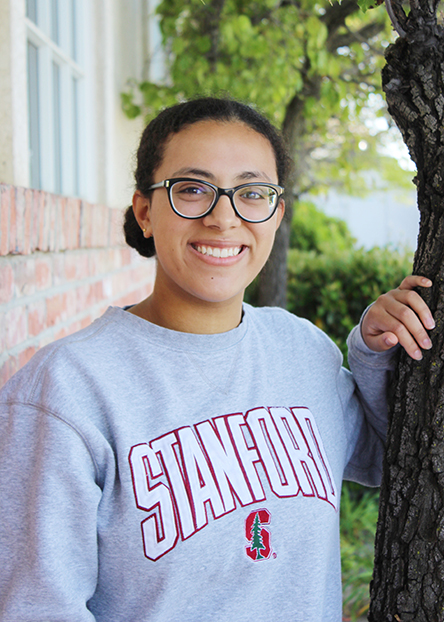 In her time at Quarry Lane, Isabella has been involved in a number of activities including, Speech and Debate, theater, current events club, Red Cross club, National Honors Society, and much more.

“Isabella’s energy and positive spirit have always called to mind William Blake’s line that ‘Exuberance is Beauty’. And whether dressing in toga and ivy laurel for 9th-grade class reading of Greek drama or in writing her senior essay on the Mexican Revolution, Isabella has always seized her moments, intellectually and emotionally. Izzy, you’re on your way to wonderful things - just don’t ever lost that wonderful, positive spirit! (P.S, - Beat Cal!)” 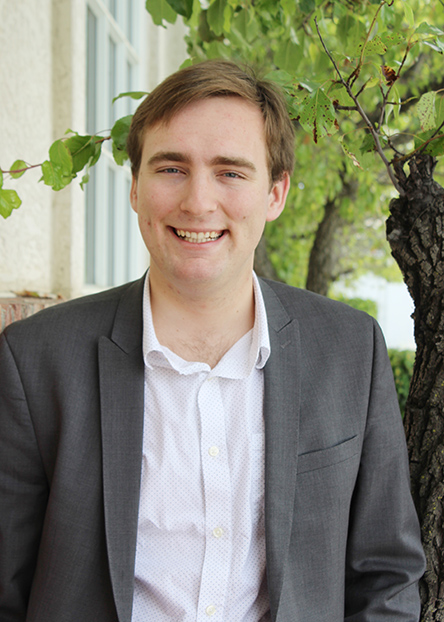 Allen has been involved in student council for all four years of high school at QLS. He opened the doors to the national-level speech and debate travel team at QLS. He’s also involved in the photography club, current events club, as well as the economics and stock trading club. He also co-founded the Mandarin tutoring club.

A few weeks ago at a debate tournament, we were debating the best team in the country at the national championships. Our case was centered around spousal abuse as a part of the H-1B and H4 visa immigration program, and our opponents asked us if we would be willing to concede the round to have a meaningful discussion about sexism both in the real-world and in the debate space. We conceded, and for the next hour, we had a Harkness-style discussion with over seventy people in a cramped room. It was emotional but empowering at the same time, like all of Ahana’s and my hard work for four years had culminated into this one moment where we could create a platform for others who are less fortunate to speak about their experiences. I believe it truly demonstrates the essence of what it means to be a Quarry Lane student.

“With a young man of such varied interests and achievements, one doesn’t know whether to use the comparison of a many-faceted corporate conglomerate, or simply to compare Allen to a force of nature. He excels in economics and history, he debates, he cooks, he helps run Student Council, and he soars, he flies – literally and figuratively, that is. Congratulations, Allen, on an astonishingly productive high school career – and we know the best has just begun for you!”

“He is wise beyond his years and can always be counted on to share his opinion, make a joke, or lend a hand. He has pushed himself academically and has approached school and his activites with both a sense of humor and purpose. I hope Allen takes time this usmmer to ‘celebRATe’ his many accomplishments before moving on to the next exciting chapter of his life! 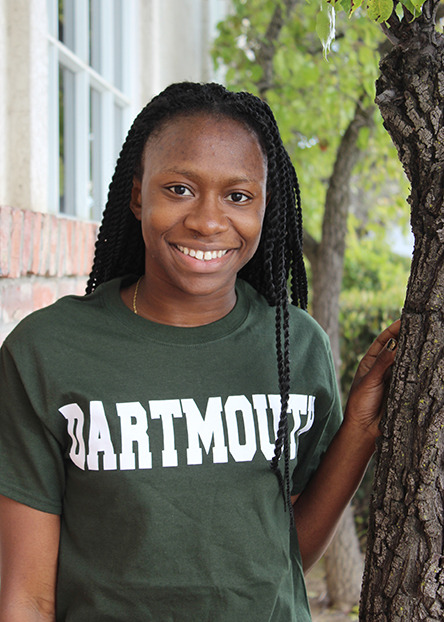 Ana served as the 2017-2018 QLS Student Body President, Captain of the varsity girl’s volleyball team, Vice President of the National Honor Society, Treasurer for the Acts of Random Kindness club and CA Scholarship Foundation, and President of the Current Events Club.

Meeting with the senior class at 6:00 a.m. on the first day of school to watch the sunrise together.

“Having the opportunity to coach Ana for the past 2 years in volleyball has been amazing. Her self-confidence makes her a great athlete on and off the court. Although she is a very competitive athlete, she works really hard and is always driven to improve every day and to make herself and her teammates better. Ana will never give up no matter how hard it seems and was always a determined student athlete. THANK YOU for all the years you have given me a coach and good luck in college. I hope you never stop playing the game you’ve always loved... volleyball”

“Ana is self-directed, focused and mature beyond her years. In my time at QLS, I have observed Ana to be extremely genuine and honest. She has a kind heart and a caring soul. Ana is incredibly resilient and her intelligence and work ethic will leave a lasting impression at QLS” 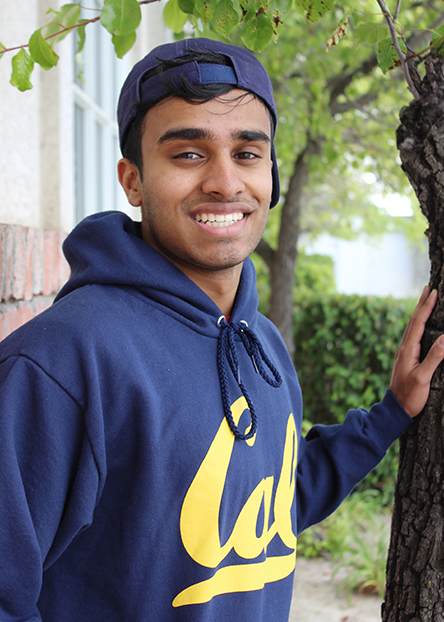 Rohin served as Captain of the 2017-2018 varsity boys soccer team. In addition, Rohin has been a member of the chess club, jazz band, DECA, QLS Elite Orchestra, and KRU during his time at Quarry Lane.

Winning the Futsal Tournament for the first time even when we thought all odds were against our team.

“Rohin, more than a great student and great musician, is a great person. His integrity is respected by his friends, as well as his teachers at Quarry Lane. I, for one, look forward to hearing about his successes at U.C. Berkeley and beyond. His own examples of compassion and sincerity are in desperate short supply these days.”

“I have observed Rohin to be a respectful, mature and responsible young man. He is always on time and prepared for my meetings, as well as our senior seminar class. He is a serious student and a fun, supportive friend to his peers. From our individual meetings and observing him with his classmates, I truly find Rohin to be a thoughtful and kind young man.” 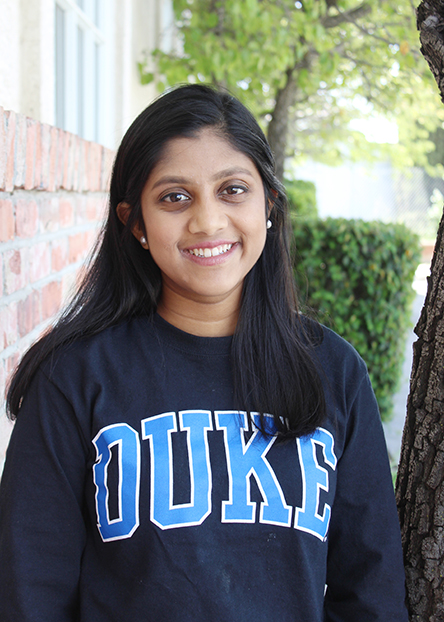 (I couldn’t choose one!) Qualifying for debate nationals for the first time in the team’s history, watching futsal games during lunch with my friends, and attending the Halloween Dance that I helped organize.

“Ahana is a special young woman and scholar, who is soft spoken with a brilliant mind. Having moved to California with her family from North Carolina after her freshman year, she has blazed a path and left a lasting impression at Quarry Lane School. She is a high character and morally strong student. I genuinely believe Ahana is a special and gifted student, who will do great things in her future.”

“In addition to being a motivated, brilliant student, Ahana is a role model. She is empathetic and kind, and she shows it through her extra-curricular work advocating for underprivileged people all around the world. She brings encouragement and joy with her everywhere she goes, and she raises the standard for what it means to be a Quarry Lane Student. She will be sorely missed! 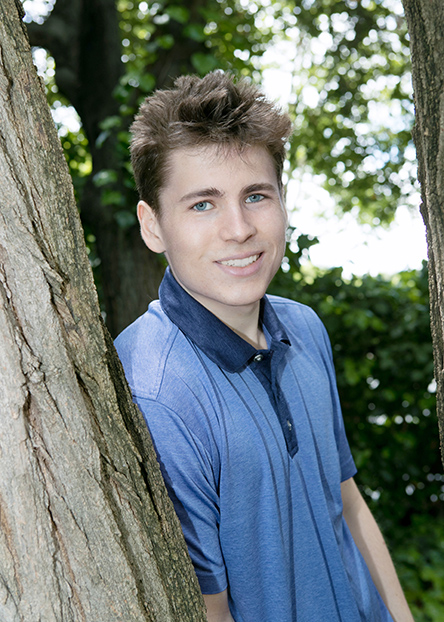 In his time at Quarry Lane, Dylan served as Captain of the chess team, founded the creative writing club, and was the quarterback of the QLS competitive flag football team.

My freshman year in art class where my table of me, Shaamil, Samir, and Manak decided to use a random lottery system to determine who would clean up the table at the end of class. I proceeded to fill the entire lottery box with paper slips with Manak’s name, and it took him two whole weeks to realize it was a rigged system. At his breaking point, he ripped the lottery box off the wall and counted ONE MANAK, TWO MANAK, THREE MANAK, FOUR MANAK, and so on before empyting the entire box.

“Dylan is on his way to becoming the embodiment of the word ‘scholar’. Once upon a time, he was a gifted 9th grader who thought he didn’t need to take notes in history class. Now he’s grown into a genuine thinker and scholar who has taught himself German and engaged with the deepest and most detailed intellectual pursuits, whether in math, history, or music appreciation. Kudos on terrific intellectual development and overall growth throughout high school, Dylan – and best wishes for the road ahead, as we expect to hear great things about you for a long time!”

“There are a few students who I can engage in conversation with for an hour and a half and feel that it’s not enough time, but Dylan is one such student. He has so much to say that time flies whenever we meet. Dylan is the type of student who takes what is discussed and continues thinking about it on his own time. In college, he’s going to be the student who stays up all hours of the night, discussing readings and lectures with friends. He is a thinker, someone who won’t just take information at face value but seeks to expand his knowledge and learn more. UCSB is lucky to have him as a student!”